Skip to content or footer
Back to Get Inspired ›

Inspiring Easter Message Ideas: What to Write in an Easter Card

Easter comes at such a hopeful time of year, and that optimism is a great feeling to share in a card or note to someone you care about. You might want to send an Easter message of hope to a friend who’s struggling—or maybe a religious Easter message to share the promise of this meaningful Christian holiday. You might be sending love across the miles to a family member you won’t get to see at Easter—or maybe you need fun ideas for a happy Easter message for kids.

Whatever you want to express with your Easter card, you’ve come to the right place for ideas on what to write to all of your people. Keep reading for inspiration to help you craft an Easter message that feels just right for you and the one you’re sending it to.

Easter is the Christian holiday celebrating the Resurrection, or bringing back to life, of Jesus Christ three days after his crucifixion. In Christian tradition, the Resurrection represents Christ’s victory over death and the promise of eternal life for those who follow him. Some Christians refer to Easter as Resurrection Day or Resurrection Sunday.

Easter always falls on a Sunday. Many churches will offer worship services on Good Friday (the Friday just before Easter) along with one or more services on Easter Sunday itself. Easter Sunday marks the end of the 46-day preparatory season of Lent, which is significant in cultures around the world.

The exact date of Easter varies from year to year, but it typically falls during the month of April or sometimes late March. This seasonal timing gives the holiday its strong associations with springtime and rebirth in the natural world. Easter icons such as eggs, baby chicks, bunnies and tulips symbolize new life and renewed hope. Those are powerful ideas to embrace whether you celebrate Easter for religious reasons or simply because you enjoy the vibrant traditions that go along with the holiday.

Easter from Culture to Culture

African-American
The Resurrection Sunday church service is at the heart of African-American Easter traditions. Everyone dresses up in their best—new suits, shined shoes, bright dresses, hats, gloves. The worship services feature prayer, singing, Easter pageants, parades and speeches or recitations. Afterwards, the day focuses on family and togetherness, including a big dinner and often an egg hunt for the kids. Hiding a special empty golden egg that represents Jesus’ empty tomb is a time-honoured Easter tradition for many African-American families.

Orthodox/Eastern European
“Pascha” is the term for Easter used in the Eastern Orthodox Church (also known as the Greek Orthodox Church). The date of Orthodox Easter is reckoned according to a different calendar, so it usually falls a few weeks later than Easter in Western Christian traditions. The word “Pascha” is familiar both within and beyond the Orthodox Church because of the traditional “Paschal Greeting” (also called the Easter Acclamation). In this celebratory exchange, one believer proclaims “He is risen!” and a fellow believer responds with either “Truly He is risen!” or “He is risen indeed!”

Latinx/Hispanic
Easter is a very important religious holiday for Latinx people. The celebration is an entire week of events that begins with Palm Sunday (“Día de Ramos” in Spanish) and ends with the celebration of Jesus’ Resurrection. During the Holy Week (“Semana Santa” in Spanish), masses and prayer services are held on Thursday, Friday and Saturday, and it’s common to see processions through towns and cities and people carrying crucifixes or statues of Jesus. Most of those events involve the entire family because they explore the biblical ideas of sacrifice, giving and forgiveness.

A simple “Happy Easter” wish can be a great option, especially when the card itself has already said a lot or when keeping it short simply feels right for your relationship with your recipient.

Helpful tip: The timing for sending an Easter card is flexible. If you want to wish someone a happy Easter season or focus your message on Holy Week, you could send it a few weeks early. Otherwise, mail your card early during that week leading up to Easter so it will arrive a day or two before. If it’s an option, hand-deliver your card on Easter—or send it by Easter Bunny.

If you belong to a Christian faith tradition, then sharing the hope and joy of Christ’s Resurrection may be the key message you want to send in an Easter card. And there are lots of great ways to do that…

Helpful tip: Be mindful of your recipient when sharing a faith-based message. Mentioning prayers and blessings should work for just about anyone, but very long or in-depth religious messages should probably be saved for recipients who share your beliefs.

Thanksgiving isn’t the only holiday for expressing gratitude. The spiritual foundations of Easter make it a natural time to reach out and remind someone you’re glad to have them in your life.

Helpful tip: The grateful message examples above are all pretty general, and that’s fine. However, if you can get more specific and thank someone for, say, being a great running buddy over the long winter or for sharing so many yummy home-baked treats with you it can add a nice personal touch.

When you and your recipient will miss being together in person on Easter, you can use your card to let them know they’ll still be in your heart, your thoughts and your happy memories of this time of year.

Helpful tip: If it feels too sad to mention not being together or if it’s simply not what you want to say in your card, then skip it. Instead, focus on sending love, smiles or good thoughts their way.

You might choose to use your Easter message to share the hopeful feeling of new beginnings that comes with the longer days and warmer weather of spring.

For many of us, Easter is all about the traditions we share with family. That makes it a perfect time to reach out to family members and remind them how much those shared ties and memories mean.

When sending an Easter card to a child, you have extra permission to make it fun and silly. Even if they end up rolling their eyes at an “egg-stra” bad joke you made, they’ll still love getting mail and knowing you’re thinking of them.

Helpful tip: Easter is a fun time to add a little treat to a card for a kid. Options will vary depending on whether you’re mailing or hand-delivering your card. Inside-the-card ideas: sticker sheets, gift card, printed tickets for an upcoming event or outing. Outside the card: book, stuffed animal, candy, card game, journal or drawing pad.

A warm closing before your signature adds a nice finishing touch. Choose from our list or create your own personalized sign-off. 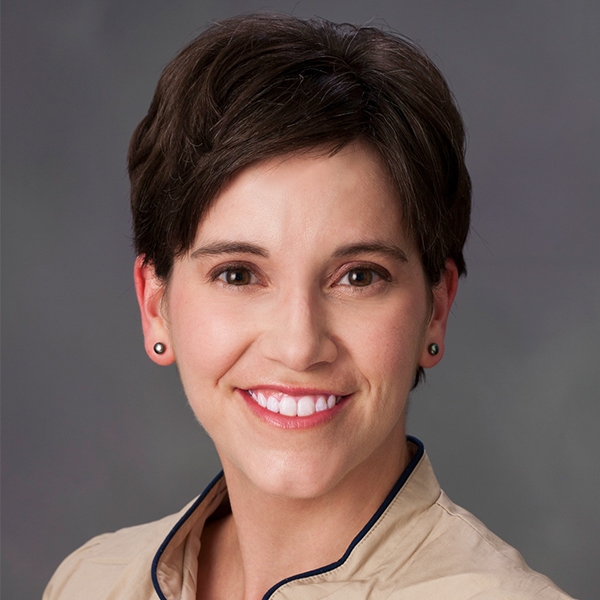 About Keely Chace
Hometown: Overland Park, KS
Artistic style: Casual and heartfelt writing
Inspiration: Relationships and writing of all kinds
Happy place: Outside on a run through my neighbourhood
Favourite project or work of art: Anything heartfelt